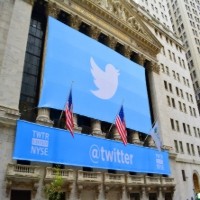 Twitter has released a tool called the Tweet Activity Dashboard, allowing users to see real time information about how many users are viewing and interacting with their tweets.

The tool, available on this page, had previously only been available to Twitter advertisers and verified users. That changed earlier today, with software engineer Ian Chan revealing the news in a tweet:

Absolutely thrilled to open up access to http://t.co/wcU6oj9hFM to EVERYONE. Check it out, and let us know what you think!

Tweet Activity Dashboard displays a list of recent tweets, the number of impressions or times each user saw each tweet, and the engagement rate, which includes clicks, retweets, follows, replies and favourites.

The page also includes a number of other metrics, including the total number of impressions your tweets have earned today, the number of tweets from the past 28 days, and how link clicks compare to the previous 28 days.

The service becomes active from the first tweet a user sends after their first visit to the Tweet Activity Dashboard.