Twitter the latest tech company to admit it has a diversity problem: Just 10% of its tech employees are women 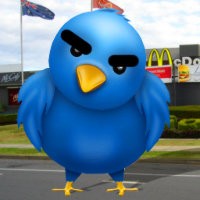 Social media giant Twitter is the latest in a string of Silicon Valley tech giants, including LinkedIn and Google, to admit it has a problem with gender and ethnic diversity.

The company revealed that while men make up half of their non-tech workforce, they make up 79% of leadership positions and an astounding 90% of all tech-related employees at the company.

The disparity in leadership and tech roles sees women make up just 30% of the company’s overall workforce.

In an official blog post, Twitter vice president of diversity and inclusion Janet Van Huysse says the company has “a lot of work to do”.

“We have a number of employee-led groups putting a ton of effort into the cause: WomEng (women in engineering), SWAT (super women at Twitter), TwUX (Twitter women in design), Blackbird (Tweeps of color), TwitterOpen (LGBTQ folks) and Alas (Latino and Latina employees),” said Van Huysse.