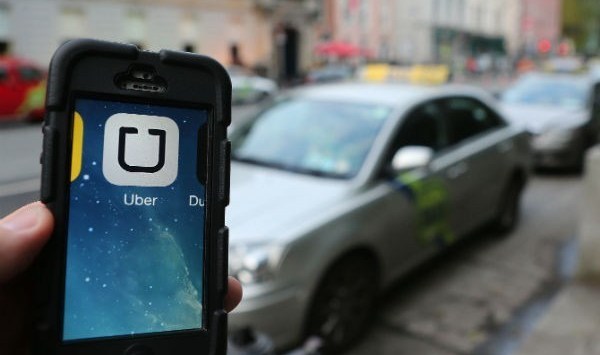 Uber is confident it will succeed in the legal claims bring brought against it around the world, the transport giant’s chief advisor told journalists at Dreamforce in San Francisco yesterday.

David Plouffe is a board member at Uber and the former campaign manager for US President Barack Obama.

His political acumen is important for Uber as it faces legal action in the United States and around the world on the basis of labour laws and taxation.

Uber is also contesting decisions across state and federal jurisdictions in Australia with Uber currently disputing more than $1.7 million in fines in Queensland, which its drivers have incurred for providing “unlicensed” taxi services.

Plouffe says Uber drivers are “entrepreneurs” and should be viewed as independent contractors rather than employees of Uber.

“We are very confident in our business model and in the legal case that is going on in the US,” he says.

Plouffe says on a “common sense” test of control, Uber does not dictate drivers’ schedule or what they wear.

“In the US, half our drivers drive less than 10 hours a week,” he says.

“It’s a legal process it will take many years to work its way through. We are not going to speculate about that, because we are very confident in the result here, just based on the way people are using the platform.”

“We are eager to continue to work with governments, we have made a lot of regulatory progress here in the US,” Plouffe says.

“A conversation about how does Uber or a competitor of Uber fit into 40-year-old transportation laws is not going to be a satisfying conversation.”

Plouffe says countries around the world need to change regulations and laws to accommodate the new technology used by Uber and its competitors.

“What is required is countries to say how do we create a new set of laws,” he says.

“There is no doubt we are learning as we go along about the best ways to work with government.”

Plouffe says 14 months ago there was not a single place in the United States that had regulations about ridesharing and now there are more than 60.

When asked about the responsibility Uber has for its drivers, Plouffe says “this conversation is not one our drivers are having with us”.

“What they desire more than anything else is flexibility. If we set the schedule many of them wouldn’t be able to drive,” he says.

Plouffe also defended the income drivers can make from Uber.

“Obviously our drivers need to have a good economic opportunity or it’s not going to work for them,” he says.

“From the beginning of the business the focus has been on making sure this is a good economic business for drivers.”

“Nobody tells them when to work or when to turn the app on or off. In order to get extra income in a way that fits into the rest of your life … is a very powerful thing,” he says.

He says Uber’s car pooling system which allows users in the US to share rides, will reduce congestion in the world’s major cities.

Plouffe also claims small businesses will benefit from the rise of Uber.

“It means more restaurants and retail businesses,” he says.

“At least a third of Uber trips start or end at a small business. Everyone in those cars are going somewhere.”

SmartCompany visited San Francisco as a guest of Salesforce.