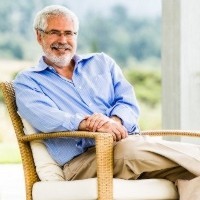 In a true, thriving startup ecosystem, venture capitalists understand failure, according to Steve Blank, the academic and entrepreneur who popularised the lean startup movement.

“In the US, this is kind of funny. When I used to get asked that question I’d change the subject by saying isn’t that Bill Gates over there? And maybe change the topic,” Blank says.

“In the last three or four years every VC in Silicon Valley needs to give lip service to lean startup. It’s changed dramatically.

“Whether they explicitly believe that failure means experience, I say hell yes. I think that is the nature of an entrepreneurial cluster. Now if you fail three or four times in a row they stop returning your phone calls. But a single failure, does not put you out of business.”

According to lean startup methodology, startups are able to “fail quickly” and learn from those mistakes to make the necessary pivot required to find a successful business model. Blank was speaking at the Australian Sports Technology Network’s annual conference in Melbourne yesterday.

He says when he created his seventh startup, Rocket Science Games, he had his own experience of failure.

“I made it onto the cover of Wired magazine. There I am, hot stuff: ponytail, baseball cap, kind of embarrassing my kids, still cringe when they see it. I was riding high – 90 days later I realised I’m going out of business,” he says.

He went on to tell his mother, a Russian immigrant, the two venture capitalists who had invested that money gave him $12 million to start his next venture.

“She said in Russian, ‘They told us the streets were paved in gold in America, it must be true’,” Blank says.

“I tell this story only because what happened was the VCs really did believe failure equals experience, and I returned a billion dollars each to the two VCs who gave me that $12 million.

“Smart VCs, when you have a cluster, believe that entrepreneurship is not just execution. You’re betting on the team, on the people, on the passion, on the vision and sometimes on the circumstances.

“When you can’t get them to believe failure equals experience, you don’t have the right culture yet.”