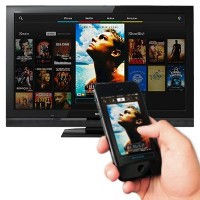 With the proliferation of online video streaming services (everywhere, but here in Australia that is) Australian startup Gyde is offering users a new way to find video on the internet.

Gyde’s smartphone app is much like Popcorn Time, the controversial app which sources torrented movies and TV shows and allows its users to stream them. Popcorn Time is designed to make using torrents as easy as possible, helping individuals to find video content from its providers.

Product lead Andrew Julian says ultimately Gyde is a search engine and aggregator for video-on-demand platforms like Netflix, Hulu, iTunes, rather than torrents, and has been created with a similar ideal in mind.

“We’re excited for people to try the product, we think it will resonate with most of them, when we talk to people out and about, something people commonly identify with is it’s too difficult to find a movie online,” he says.

Gyde is based in Melbourne and Los Angeles, a decision the team made in order to give them easy access to the more developed video streaming market in the US and more opportunities to raise capital.

The company has received seed investment from an angel investor based in Los Angeles, although Julian could not say who or how much was invested.

While piracy tends to dominate discussions on making money in this space, Julian says “without excusing it” piracy in Australia is a product of an underserved market.

“From a consumer perspective, there’s not a lot of options,” he says.

At the moment Gyde supports iTunes, Netflix and Hulu Plus platforms and has built the system in a way that allows it to easily expand to support more.

The company plans to monetize Gyde through affiliate commissions, pointing people in the direction of subscription services, and through data insights about its users.

“We can provide a rich guide of user intentions, a core feature of the app is users can shortlist content they might be interested in watching, and things they want to watch now,” he says.

Those shortlists also give the app a social element. It enables users to connect with friends and do things like merge shortlists to make deciding what movie to watch an easy task.

Data taken by the app can also help video users find content that they might be interested in, but is difficult to find, buried deep within the catalogues of those subscription providers, which, Julian says, creates additional value in their catalogues.

The app will launch in both Australia and the US in September.