Watch your digital back – how to use tech to stay safe 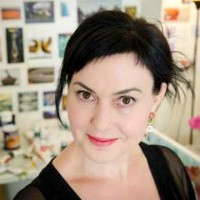 Technology and social media are great for extending networks and bringing people together to create synergies but like all technologies they can be misused.

There are increased reports of people downloading apps that divert emails, or record phone calls without you knowing or placing easy to obtain motion and voice-activated devices in others’ offices, homes or cars, which while illegal, can be hard to detect.

Be heartened – since the dawn of time people have used technologies for good and bad.

Avoiding technology is not the answer because it’s integral to modern life and going to get more important as we move towards an increasingly interconnected world, but we can learn to better watch our digital backs and actively use it improve personal safety.

Remember the smartphone that tracks you can also alert a network of guardians about what’s going on, call the police or help you find a lost or stolen device.

The psychology of digital security

The first hurdle to digital security is psychological and overcoming it is the most difficult and most important.

Many people share personal details with others as a modern ‘extension of the hand’, to show that they trust someone or have nothing to hide. But there’s a risk. We know that the best relationships and friendships can go wrong and are other ways to offer that trust that do not involve giving over control of your phone.

Most employers have IT security processes that may include scanning an office for listening devices when a hostile employee leaves or the ability to remote wipe or block access to devices. Because work takes care of this we do not develop the personal disciplines we need around taking our digital security seriously.

Don’t share the passcode to your phone. It may sound obvious, but someone who has access to your smartphone can find you anywhere, any time.

There are many free products, like Phone Tracker or AccuTracking, that allow someone to know where you are that can be downloaded with the click of a button. You can simply delete one if you find it on your phone.

However, some cannot be detected because they are not on your phone. Using an app like Find My Friends someone invites you be part of a network and share your location, because it links to contacts and maps, there are benefits like being able to coordinate catch-ups, but you have to give permission by clicking the link. Someone with access to your smartphone can enter it briefly and authorise the request, which means you have no idea you are being followed.

Unfortunately technological abuse is on the rise with more than 80% of domestic violence workers reporting that smartphones and social media are being used to track, harass and control partners.

Safeguarding your smartphone is imperative.

While a passcode is the first step, for added protection you can download an app like Big Brother, which emails you a notification, GPS location and image of anyone who tries to access it and types in the wrong passcode.

You may want to share a passcode with a friend ‘in case’ something happens, but there are other ways to manage this by setting up automatic triggers that deliver details only when and if they are needed, not ahead, that can be set up.

If you insist on someone having access to your phone then think about one of the many recording apps that captures video from your phone while showing a black screen. Hopefully, it’s never activated but if it is, at least you know what you’re dealing with.

And if you think your phone has already been compromised then back it up and do a factory reset or speak with a security specialist.

There are lots of great personal safety apps but a favourite is bSafe. This app triggers an alarm if you’re in trouble and alerts a network of guardians that you have nominated that you need help. You can share your location, get out of difficult situations with a fake call or have a friend follow you home.

If the alarm is triggered, bSafe automatically sends a map of where you are with a video and audio recording of everything going on around you to your network, so that if your device is stolen it doesn’t matter. The event has already been recorded and shared.

You can ask friends to follow you for a short time if you hop in an Uber or cab or are walking home, a nice way to look after one another that extends the sense of community.

There are lots of variations, Invisible Alert, for example, triggers a silent alarm so the offender doesn’t know that help is on its way. React Mobile turns your phone into a safety device by allowing you to send silent SOS messages in the same way.

Apps like StaySafe are great for shift workers who may need support for short distances, say at night, they can ask someone in the workplace to follow them to a car park and then deactive the request. Likewise it can be used if you go for a run. StaySafe has a two-PIN verification system, one you enter to cancel alarms but the other if someone is threatening you to enter a PIN to cancel the alert, because the app will appear to turn off while still alerting emergency contacts.

Set up deep automation that links this to that

IFTTT.com is a great tool that that links up internet-connected channels through a simple recipe – ‘if this then that’. You don’t need any technological expertise to use it because it’s so simply designed that it’s just a matter of pushing buttons.

For example, IF I get an email from X, THEN forward it to THAT person – it’s all done without you having to think about it.

You can create thousands of combinations.

A recipe I love is using IFTTT to search for specific Twitter hashtags that I then use to build Twitter lists, so much faster than doing them manually. While this is an obvious business use, you can focus the platform to create safety recipes.

Need to find your phone? Send an email to IFTTT and it will call you.

You can create a recipe to switch on an IP camera when motion is detected and upload it to Twitter, DropBox or Tumblr. Of course, once it is uploaded you can set further triggers, say, to send video to a network of friends. There’s no limit to the chain of events that you can trigger if you get into trouble.

This includes if you don’t show up somewhere that you are due, as inactivity itself can be a trigger. You can create a recipe that sends a record of your digital footprint to a trusted friend if you don’t check in within a certain time.

Be social and stay safe

Be safer by getting inventive with social media networks.

For example, the Twitter app Periscope allows you to broadcast any event live as does Meerkat.

If you don’t mind thousands of people following you on a walk home or indeed want that, just turn it on and share the broadcast.

You can also limit who sees your broadcast. As Brian Fanzo explains Periscope automatically posts a link to Twitter and you can choose a public or private stream in which you select certain followers in the who are notified and are able to view what you are doing.

Both Periscope and Meerkat automatically give you the option to hit replay, anyone can watch the video for 24 hours after the live stream but you can also automatically save the recording to your camera roll.

You can use 3rd party apps like Katchkats to automatically record and upload a video to your YouTube channel or set up an IFTTT recipe that forwards it, well, wherever you like.

You can also use an app like Swarm, which allows you to share location within your social networks. Again, you can narrow it so that you are not broadcasting your location to the world by checking in with a select few in the network to leave a digital footprint.

There are some fabulous wearables on or about to come on the market that provide all of the safety options we’ve talked about with the advantage that because you are wearing them – they never come off.

An Australian invention the 3G Safety Watch uses the latest technologies to pinpoint your geographical location and get help with the press of a button. It also operates as a normal watch.

There’s no need to dial emergency, just hold the red button for three seconds and you instantly connect to a 24/7 monitoring centre with two-way audio recording. Your location is instantly established via GPS, GSM and Wi Fi for urgent assistance.

They also have a chaperone service for those who work late at night and want monitoring while waking to the car without having to disturb friends.

First Sign Hair Clip is a hair clip that can detect a physical assault as it happens and send out alerts without needing to be triggered by you. It is smart enough to distinguish running or a bump from an attack, preventing false alarms.

Other wearables include bracelets and necklaces and of course the body cam is getting a lot of news – motion-activated, it records whatever is going on around you and can be automatically synched via Wi-Fi and shared.

You can use these simple digital and social ideas to help you and your family and friends be safer and create a network of support.