What is the fastest way to make a fortune or go broke? 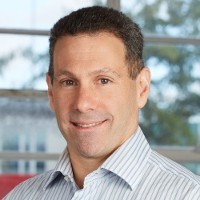 The idea of generating a multi-billion dollar business in under 10 years was until a couple of decades ago an implausible concept. The idea of having billions of dollars stolen was the stuff of movies that involved the likes of James Bond villain Goldfinger stealing truckloads of bullion.

Today we are in the digital age where masters of the digital universe who modify the way an industry works globally can command multi-billion dollar valuations before turning a profit and cyber criminals can cost business billions of dollars in electronically perpetrated fraud.

That is the headline stuff that grabs our attention and frankly it is a distraction or a flight of fancy for most of us who simply run ordinary businesses. Yet we are all caught up in the same race to get faster results.

Just this morning I was told a story of a man who ran an international business and when fax machines came out he chose to retire because people now expected to get answers within 24 hours and the pressure that put on him was more than he needed to put up with having had a successful business life.

Imagine that same man today putting up with emails, SMS and instant messaging making demands on his time and responsiveness. He would blow a fuse. Likely in his day it was OK to have a temper tantrum in the office too. We can’t do that today either as it would finish up on Instagram or the like.

So, today we are time poor and communication rich and always looking for better ways to get the same things done faster, cheaper and better by a distracted workforce. Automation, workflow, systemisation, outsourcing and other time split second saving tactics are becoming more important and the solutions are being found in technology. For those who make the break to better solutions first there is a leaders advantage in that the productivity gains can be converted to company profits until the competitors catch up.

This is where fortunes are being made in many industries right now.

In the construction industry the traditional builder may make 10% margin on building a single house while his competitor who is computerised and has done the automation and process design work may build 20 houses in the same timeframe with a 20% margin.

The quality delivered to the end client may even be better because of the controls put in place by the modern builder with better checklists, checks and measures in place. This of course leads to more sales while the poor old traditional builder runs around complaining how hard it is to make a profit these days.

By the same token getting your IT solutions wrong or failing to have any could be the fastest way to take a successful business and drive it into the ground.

David Markus is the founder of Combo – the IT services company that is known for business IT that makes sense. How can we help?