What’s all the fuzz about? Why you should wait before jumping on board Peach, the latest social media platform to hit the app store 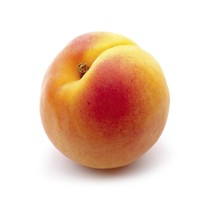 You might just be getting to grips with Snapchat, but there’s already a new social media app taking the internet by storm.

Peach is an iOS-only app from the co-founder of the video-based social network Vine.

The social network launched on Friday and allows users to post a gif with a single letter.

Peach has received a lot of media attention but many predict it is just a momentary trend.

For example, typing “MOVE” adds your number of steps for the day while “HERE” adds your location to a post.

The app is being described by some as a cross between Twitter and Slack, except there is no form of instant messaging – everything is out in the open.

There is also no linking between platforms. Peach users cannot email, tweet or share their Peach life on Facebook and there’s no way to tag or use hashtags.

Users create an account and a handle, before adding friends. You can send friends a wave, blow them a kiss, hiss or send them a slice of cake.

But only time will tell if Peach becomes the next Periscope or disappears quietly like Ello or Meerkat.