What to expect in Windows 9: Best of the Web 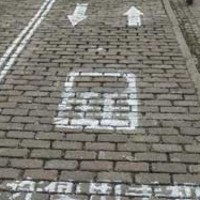 The hype has barely died down from Apple’s announcement of a new iPhone, yet already the rumour mills are twirling about the next big piece of tech news to hit the world.

It is widely speculated that, at an event on September 30, Microsoft is set to lift the covers off the next version of Windows, known as Windows 9. So what can we expect? Woody Leonhard from InfoWorld has some details:

As widely anticipated, Microsoft has sent out invitations to the journalistic A-list to “hear about what’s next for Windows and the Enterprise” on Sept. 30, in San Francisco. Tom Warren at The Verge says (and Paul Thurrott confirms on his WinSupersite) that Windows honcho Terry Myerson and his superstar sidekick Joe Belfiore will lead what Warren calls “a discussion” — which seems like a weird way to describe a product rollout that will ultimately affect a billion and a half Windows users.

In recent months, Apple unveiled a new programming language for its new iDevices known as Swift. And, in an unusual step, Apple has decided not to open it up to other platforms. Over at InfoWorld, Peter Wayner runs through seven good reasons why Apple should take a more open approach with Swift, and seven reasons why it shouldn’t:

Apple’s new programming language Swift has been public for a few short months, but the Apple faithful are already bowled over. They toss around words like “cleaner,” “simpler,” “modern,” and “powerful.”… The rest of the world, however, can only speak about Swift hypothetically — while the coding tools are free, they run inside only Xcode or a Playground, which, in turn, run on only Apple hardware. Of course, if you’re really desperate, a clever website lets you try some basic Swift code as long as you don’t touch the libraries.

This is a bit strange. In recent years, creators of programming languages have gone out of their way to get their code running on as many different computers as possible. This has meant open-sourcing their tools and doing everything they could to evangelize their work.

Can your computer learn to read your lips?

Over recent years, speech recognition technology has advanced in leaps and bounds, as has facial recognition technology. Meanwhile, a growing number of computer and smartphone users are concerned about privacy as an issue, especially in the aftermath of US intelligence whistleblower Warren Snowden’s revelations about the NSA.

So could the two technologies be combined for speech recognition? If you’re filmed on CCTV, can a computer read your lips? It’s an interesting question addressed in this article in the MIT Technology Review.

Back in the 16th century, a Spanish Benedictine monk called Pietro Ponce pioneered the seemingly magical art of lip reading. Although the technique probably predates him, Ponce was the first successful lip reading teacher… That raises an interesting question. Can the process of lip reading be automated and performed by computer? And if so, how successful can this approach be and what kind of threat does it pose to privacy?

The good news for those concerned about privacy is that there are several big technological challenges that need to be overcome before digital lip reading becomes a reality:

During speech, the mouth forms between 10 and 14 different shapes, known as visemes. By contrast, speech contains around 50 individual sounds known as phonemes. So a single viseme can represent several different phonemes. And therein lies the problem. A sequence of visemes cannot usually be associated with a unique word or sequence of words. Instead, a sequence of visemes can have several different solutions. The challenge for the lip reader is to choose the one that the speaker has used.

A cure for cancer?

One of the landmark achievements, both for medical and computer science, has been mapping the human genome. As Jerome Groopman explains in The New Yorker, one of the benefits was supposed to be a cure for cancer – a promise that so far has gone unfulfilled:

Advances in DNA technology and in computing led to the mapping of the healthy human genome, and of other genomes, including those of various cancers. Scientists assumed that they would soon decipher how tumors arise and find a way to stop them. In the case of some cancers, that promise has been fulfilled, but for most, especially once they have spread, it has not.

However, Groopman explains that insights gained, in part, as a result of the research has led to medical researchers experimenting with a different approach:

The breakthrough is notable in part for the unconventional manner in which the drug attacks its target. There are many kinds of cancer, but treatments have typically combatted them in one way only: by attempting to destroy the cancerous cells. Surgery aims to remove the entire growth from the body; chemotherapy drugs are toxic to the cancer cells; radiation generates toxic molecules that break up the cancer cells’ DNA and proteins, causing their demise. A more recent approach, immunotherapy, coöpts the body’s immune system into attacking and eradicating the tumor.

The no mobile phone lane

Finally, have you ever been annoyed by someone who is so busy using their smartphone that they aren’t paying attention to where they’re walking? So have the good people of the Chinese city of Chongqing, and as Rishi Iyengar reports in Time, they’re doing something about it:

Chongqing, a vast municipality of 28 million in southwest China, has come up with a lighthearted strategy to remind pedestrians of the dangers of looking down at a smartphone while walking — separate lanes for people using or not using their devices.