What your business can learn from startups 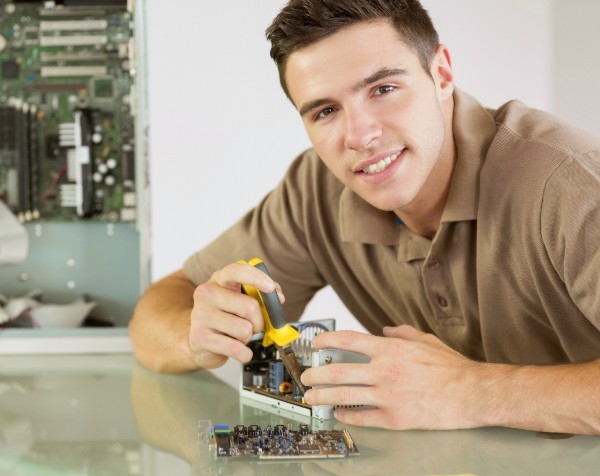 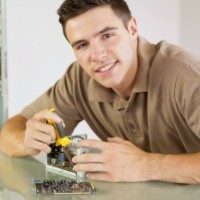 The startup scene in Australia is undoubtedly booming, as a growing number of entrepreneurs set about launching businesses they hope will achieve high growth and equally high returns.

As a result, the overall understanding of what makes a good startup is becoming more widespread. And while those lessons are readily adopted and enhanced by each successive wave of entrepreneurs, they are also proving applicable to the broader rump of Australian small businesses with more modest aspiration for growth.

Indeed, the same tools and processes that help startups achieve rapid growth can be harnessed by any business, and give small business owners back two of the commodities they most desperately covet – time and money.

Australia’s tech startups run in the cloud, and they are often also selling a product or service which itself is entirely based in the cloud. The reason for doing so is simple – cloud computing enables them to avoid paying for the expensive computing hardware that crippled startups in the dotcom boom over a decade ago.

As many small businesses have already found, cloud computing delivers access to software and services on a pay-as-you-go basis, eliminating the need for capital expenditure on hardware and licences. While some have resisted moving to the cloud because of data security fears, a decade of experience has seen these mostly allayed.

Salesforce.com championed the concept two decades ago, and it has been joined by a seemingly infinite array of software application and tools providers, such that almost any aspect of a business can now be run in the cloud. And with accounting software giants MYOB and Xero slugging it out for the hearts and wallets of accounting firms and SMBs alike, the choices are only getting wider.

According to Pete Cooper, regional director for Freelancer.com and founder of the tech startup community SydStart, adopting cloud computing means businesses can now buy into an ecosystem of outsourced and deeply integrated tools.

“These previously would have cost hundreds of thousands of dollars to be integrated,” Cooper says. “And the ecosystem is constantly improving, even if you’re not.”

Venture capital investor and manager of Melbourne-based startup co-working space York Butter Factory, Jason Lim, says the start-ups are especially good at identifying the tasks they perform repetitively that would benefit from automation, such as managing of support tickets and inquiries, and then finding cloud-based services that can take over.

“When you are a small company with not much traction you can typically reply to almost every email that comes through,” Lim says. “But as they scale up and get 100 emails a day, a lot will use something like ZenDesk or Influx for scalable customer support.”

One thing that startups do particularly well is to constantly test their ideas against the market. Many of their services remain in ‘beta’ for long periods, while they take feedback and fine-tune their offering, and startup customers know that if something isn’t working their feedback will be listened to.

The entrepreneur-in-residence at Telstra’s Muru-D start-up accelerator in Sydney, Mick Liubinskas, is a strong advocate for rapid testing as a method of trying out new ideas. He says in the online world this is relatively easy to do, and might be as simple as creating a special offer on a custom website, then emailing a small number of customers and testing their response to the offer.

He says this is a common method for start-ups to fine tune services and offers, but says small business owners are often reticent to follow suit.

“If businesses are doing well they’ll be risk-averse and worried either about losing or confusing their customers,” Liubinskas says. “A lot of small business operators feel that to do anything they need to spend a lot of time preparing, whereas I think a view of startups is you can consider something new and try it in very cheap ways.

“If they boil the test down to something small and fast then it is actually much safer.

Constant testing generates constant feedback, and enables startups to stay close to their customers. This is essential for startups as in many cases they are quite literally making up their service as they go along by simply listening to what their customers want. There is no need for a five year strategy – just an understanding of what the business is there to do, and a willingness to see that evolve in response to customers.

There are numerous other tools that enable any business to build communities and tap into feedback. Cooper says tools such as Get Satisfaction, User Voice, Survey Monkey and Salesforce.com’s IdeaExchange provide powerful tools to create and interact with user communities to solicit continual feedback.

He says such tools are essential in a world where customers expect constant improvement.

“No one is allowed to have the same product and not iterate anymore,” Cooper says. “You’ve got to do data-based and fact-based iteration through listening to your customers, or you will get killed. The crowd is making the suggestion.”

One craze that has swept across software start-ups is the process for developing software called ‘agile’. The agile methodology promotes rapid delivery, adaptive planning and continuous improvement using multi-functional teams.

The basic rules of agile were set out for the first time in 2001 in the Manifesto for Agile Software Development, but they provide a framework that can be adapted to almost any business function, in any size of business:

Agile has become the development methodology du jour for most startups, but its utility is not restricted just to writing software code. Companies such as SEEK.com and REA Group (operator of Realestate.com.au) are strong agile users but have found it has a habit of spreading beyond software development into other business functions, including strategy, marketing and even the legal teams.

There is no reason then why small businesses of any flavour can’t mimic what is working successfully for startups and test out the principles of agile as an overall business methodology.

While cloud computing lets small businesses access their software on an as-needs basis, it has also meant that the responsibly for managing that software and its supporting infrastructure now resides with someone else.

The concept goes much farther than just cloud computing, however, with a range of online services now making it possible to outsource pretty much every other function that is non-core to the operation of a small business.

Just as many small businesses are already outsourcing their accounting; it is now possible to use services such as 99designs and DesignCrowd to outsource graphic design needs; Lawpath is letting them outsource legal advice online; while SideKicker provides a model where businesses can hire sales or on-boarding staff in distant locations on an as-needs basis.

In fact, Cooper says through services such as Freelancer.com it is now possible to outsource just about anything that can be done by a human being.

“Outsource what is not a differentiator is not a new concept, but it was hard for an SME to do it,” says Cooper. “Whereas tech startups do it by necessity.”