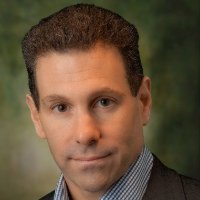 Last week I went to look at innovation in the aviation industry at Melbourne’s International Air Show and expected to be razzle dazzled by the latest planes like the Cirrus Vision jet, with its dual computer screens giving the pilot all the information they need about the condition of the plane, the weather, the local terrain and navigation.

However, what impressed me the most at the show was something that took me back to my mechanical engineering roots.

It was a jet engine much like those I had studied in the lab at university 27 years ago. It is not much different except for how it was made. This jet engine had been printed in a 3D printer.

In a joint project between Monash University, CSIRO and Deakin University the team have printed the components of a Safran-Microturbo gas turbine engine.

My assumption was that these parts made a nice model but would not stand up to the rigors and high temperatures of a running engine. Having spoken to the engineer on the stand, John Shurvinton, I am assured that not only can the printed parts be made as strong as the traditionally made parts, but due to the ability to create complex shapes, they can be made with a honeycomb structure providing the strength required at a fraction of the weight. Possibly as much as 15% lighter for the same sized engine without reducing the useful life of the components.

At this stage the printed parts have been slightly modified to suit printing but are essentially the same as the original design. The next stage is to redesign the jet to be printed from scratch. This will lead to a simpler design, with less of the extras required for the manufacturing process, and a better result in the finished product with power-to-weight ratios improving. This will lead to more fuel-efficient flight and lower cost of travel.

But wait there is more! The printing process is also significantly faster than traditional methods of manufacture as there are fewer processes to put parts through to get them from first step to finished product. As if that was not enough, there are also savings in the manufacturing process as there is less waste of the metals used.

3D-printed parts made for the engine

The reason for less waste is that the 3D printer lays a 40 micron layer of powder on the base and a laser then melts the metal in the places it wants a solid part. Then another layer of powder is laid in place and the lasers melt the next layer. In this way the component is made layer by layer, melting just the material required. At the end of the print cycle there is a base plate full of powder which is tipped away to reveal the part. This powder is then sifted to remove lumps and reused for a later print run.

This sort of manufacturing innovation is going to drive down the cost of jet engines, benefiting the entire aviation industry, but also making small jet-powered aircraft like the Cirrus Vision even more accessible to the general aviation industry.

There is no doubt that the combination of smaller, faster computers for aircraft control and navigation, combined with cheaper engines and better designed aircraft, is driving a new era in aviation that has not been seen in many decades. For an industry that is just over 101 years old, it is an important period of change.

Today there are unbound opportunities in many large revenue industries being delivered by advances in technology, whether it is on the IT side or the manufacturing side. If you have not changed how you do what you do in the last few years, it is probably time you looked up and got out to see how the world you work in is changing to find new advantages in your industry.