Why Apple, Google and Facebook all want their own languages: Best of the Web 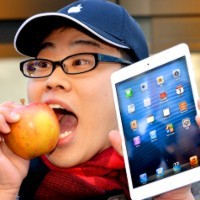 Recently, a number of companies – including Google, Facebook and Apple – have all created their own programming languages. But what’s the technical or commercial motivation behind the move?

In Medium, Scott Rosenberg has a full explanation of what the tech giants are up to:

In war, as George Orwell had it, the winners write the history books. In tech, the winning companies are writing the programming languages. The Internet was built on open standards and code, but the era of social networks and the cloud is dominated by corporate giants. And they are beginning to put their unique stamps on the thought-stuff of digital technology — just as inevitably as William the Conqueror and his Normans imported tranches of early French into the nascent English tongue, in ways that still shape our legal and financial language. (Something to think about the next time you make a payment on your mortgage.)

The challenge of turning a print magazine into an online publication

In the past week, there was a mass resignation of staff from US news magazine The New Republic, following its purchase by Facebook co-founder Chris Hughes.

Hughes was keen to transform the magazine, which has been published continuously since 1914, into a modern online media service. In an example of poor change management, disgruntled staff ended up walking out after the decision was announced.

In the New York Times, Ravi Somaiya has the inside story:

About a dozen staff members of The New Republic, and an even greater number of contributing editors, resigned Friday morning, angered by an abrupt change of editors and what they saw as a series of management missteps. The resignations include the senior editors Alec MacGillis, Julia Ioffe and Isaac Chotiner, and the contributing editors Sean Wilentz and William Deresiewicz, according to several staff members who are leaving.

The magazine’s owner, Chris Hughes, who was a founder of Facebook, had recently hired a new chief executive, Guy Vidra, against the wishes of Mr. Foer. The appointment caused a clash between the more literary tradition of The New Republic and the Silicon Valley business approach advocated by Mr. Vidra, who had come from Yahoo. Mr. Vidra said in a memo to the staff on Thursday that he wanted to reimagine the publication “as a vertically integrated digital media company.”

Why the Sony hack is worse than first feared

In recent weeks, the North Korean government has been accused of launching a massive online attack against Sony Pictures. The attack reportedly led to staff being locked out of their work computers for days, with sensitive information leaking on to the internet.

The attacks were launched by a group calling itself “Guardians of Peace”, and are believed to be in retaliation to an upcoming Evan Goldberg and Seth Rogen film called The Interview. In the film, two journalists are recruited by the CIA to assassinate North Korean leader Kim Jong-un.

Over at Fusion, Kevin Roose explains why the attack is especially serious:

Assuming the contents of the leak can be verified – so far, they haven’t been, and Sony Pictures hasn’t responded to numerous requests for comment – the Sony Pictures hack appears to be of a completely different magnitude than the normal DDOS attacks, social media hijackings, and other data breaches we’ve grown accustomed to. In fact, it could be one of the largest corporate hacks in history.

Partly, this is because Sony Pictures doesn’t appear to have made things very hard for the hackers. Here are just a few of the revelations I found in the leaked archives – most in normal, unencrypted Excel and Word files, labeled as plain as day:

A spreadsheet listing the names, birth dates, and social security numbers of 3,803 Sony Pictures employees, including all of the company’s top executives. (Happy birthday, Wendy!)

A spreadsheet listing the division-by-division Sony Pictures payroll, as well as breaking down costs for raises and other pay changes. (The company’s total salaries, as of May, were listed at $454,224,070.)

With fingers pointed at North Korea over the Sony attack, the next question is how the secretive Communist state pulled off the attack.

Reuters’ Ju-min Park and James Pearson explains how Western intelligence leaders believe the attack appears to have been the work of an elite ‘cyber army’ known as Bureau 121:

Despite its poverty and isolation, North Korea has poured resources into a sophisticated cyber-warfare cell called Bureau 121, defectors from the secretive state said as Pyongyang came under the microscope for a crippling hack into computers at Sony Pictures Entertainment.

Defectors from the North have said Bureau 121, staffed by some of the most talented computer experts in the insular state, is part of the General Bureau of Reconnaissance, an elite spy agency run by the military. They have said it is involved in state-sponsored hacking, used by the Pyongyang government to spy on or sabotage its enemies.

With a track record including electric car maker Tesla, online payments pioneer PayPal and commercial space company SpaceX under his belt, US entrepreneur Elon Musk is known as having what it takes to disrupt industries.

Musk’s latest venture is the gigafactory, a large-scale lithium ion battery factory being built primarily for Tesla Motors at the in Reno, Nevada.

Over at Bloomberg, Mark Chediak explains why traditional power companies are watching the venture closely:

At a sagebrush-strewn industrial park outside of Reno, Nevada, bulldozers are clearing dirt for Tesla Motors Inc. (TSLA)’s battery factory, projected to be the world’s largest.

Yet Musk’s so-called gigafactory may soon become an existential threat to the 100-year-old utility business model. The facility will also churn out stationary battery packs that can be paired with rooftop solar panels to store power. Already, a second company led by Musk, SolarCity Corp. (SCTY), is packaging solar panels and batteries to power California homes and companies including Wal-Mart Stores Inc. (WMT)