Why Google bought a spoon; How lazy pricing kills products; and you could soon be working in your sleep: Best of the Web 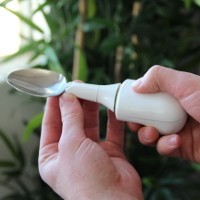 It’s not unusual to read that Google has acquired a new company. From robots and drones to smoke alarms, the tech giant’s appetite for acquisition is well known. But why has a startup that makes spoons caught Google’s attention?

Well, it’s not just any spoon. The spoons made by Lift Labs are designed for people who suffer from shaking hands from conditions such as essential tremors or Parkinson’s. The devices are built with an electronic system that responds to tremors with tremors to keep the spoon stable.

As Will Oremus writes in Slate, the acquisition is a sign of Google’s increasing interest in health technology, with Lift Labs to join Google’s Life Sciences group.

But there’s also a much more personal motivation for the acquisition and it involves Google co-founder Sergey Brin.

That’s the headline finding from the latest research by consulting firm Simon-Kutcher & Partners, which found the culprit for this high rate of failure is a lack of strategy when it comes to prices.

“They build a product hoping to monetize, but not knowing whether they will be able to. What allows a company to extract full value is having a clear pricing plan from the get-go, not waiting until the end and then saying, ‘Oops, we need a price!”

Working while asleep? Not as crazy as it sounds

Many entrepreneurs and business owners would surely welcome a few extra hours in their day to work on, or in, their businesses, but would you be prepared to work while asleep?

NPR reports researchers in France have discovered that it is possible for humans to complete automated tasks while asleep.

“The brain map produced by the EEG showed where activity was taking place in the brain and what parts of the brain were being prepped for response. This preparation might include hearing the word elephant and then processing that an elephant is an animal. The participants did this until the task became automatic.

“The researchers then lulled the participants to sleep, putting them in a dark room in a reclining chair. Researchers watched them fall into the state between light sleep and the deeper sleep known as rapid eye movement (REM). They were then told a new list of words. This time, their hands didn’t move, but their brains showed the same sorting activity as before.”