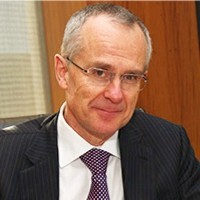 Both the Harper competition policy review, and the more recent Vertigan NBN market and regulatory review have widespread implications for economic regulation.

The reports are different in scope and their respective analysis of the Australian marketplace, but both share a determination to see the regulatory role of the Australian Competition and Consumer Commission (ACCC) cut back.

Despite acknowledging that there are synergies among the functions of competition, consumer protection and economic regulation that can assist the ACCC perform its role, Harper recommends a split.

The ACCC is currently responsible for assessing and enforcing the terms and conditions of access to services on the NBN and for the Structural Separation Undertaking given by Telstra. It is also responsible for setting wholesale prices and terms and conditions of access for NBN services and investigating claims of anti‐competitive conduct by carriers.

The Vertigan report recommends the establishment of:

“a ‘networks regulator’, which should be a specialised body with its own leadership and staff. This entity’s sole responsibility would be the economic regulation of network industries.”

This recommendation is made despite the report’s authors acknowledging, with one exception, submissions were generally supportive of the ACCC and felt that it should remain the institution to regulate telecommunications competition and consumer policy.

In fact the report notes that “Most submitters either made no suggestions for change or sought marginal improvements”.

Vertigan provides a wholly inadequate rationale for stripping the ACCC of its telecommunications functions. The essence of his finding is that “the earlier rationale for vesting those arrangements in the ACCC – namely, the expected move to an approach primarily reliant on non‐industry‐specific competition policy instruments – is no longer valid”.

He also argues that “the sheer scale of the regulatory tasks that lie ahead and the high costs of regulatory error suggest a need for those tasks to be undertaken by an entity whose leadership is focused on regulatory functions”.

In my opinion, returning to industry-focused regulation for communications would be a disaster. In 1997 the government closed down Austel, an industry regulator tasked with protecting consumers and carriers from unfair competition and practices. At the time industry and policy makers convinced themselves that in a few short years, no special rules would be needed. Now it seems they have convinced themselves that communications is so complex the nation’s competition regulator can’t handle it.