Why open source is not always the best tool for the job: Control Shift 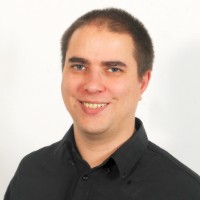 For the uninitiated, like Windows, Mac OS-X or Android, Kubuntu manages a computer’s hardware, provides a user interface and allows users to run apps. It includes a desktop environment called KDE along with a set of apps covering everything from graphics and multimedia to internet, office and games.

While I was critical of the installation process (and deservedly so), I had many complimentary things about Kubuntu to say in the review, including the following:

“The good news is, assuming you get through the installation process, is that Kubuntu and KDE 4.13 does have a lot going for it.”

“Firstly, there are preinstalled apps covering most of what you’d need to do, from word processing, to playing CDs, to watching videos and surfing the web.”

“There are big improvements in how multiple screens are handled. It’s now literally a matter of dragging and dropping to have two connected screens mirroring each other, or having one to the side of the other.”

Yet, literally for months after the review was published, there were (at times incredibly detailed) comments from open source advocates arguing against the conclusion that this was not a product for everyone.

Kubuntu is an example of what is known as “open source software”. The basic idea behind the open source model is that the developer gives away a computer program for free, including the source code used to create that program. Users are free to make any changes they require in the future and share their modifications with others.

In terms of copyright, open source software is often made available under a licensing agreement such as the GPL, or under a Creative Commons licence.

Can you really have a free lunch?

Of course, this raises a question: How do software developers survive if they give their product away from free?

In many cases, open source projects are the work of hobbyists or not-for-profit groups, with Wikipedia probably the best example.

Some companies (such as Red Hat and IBM) give away software on an open source basis, but charge businesses for services such as setup and support.

An example I’ve discussed in this column previously is Firefox. Mozilla supports giving its popular web browser away for free based on the commission it receives from Google each time someone searches from the search bar. As incredible as it might sound, that little search field is worth around $US280 million per year in revenue.

One of the best known examples of open source software is the Android smartphone and tablet operating system. Here, Google makes its money by selling downloads, as well as the mobile services (Gmail, YouTube, etc.) it bundles with the platform.

Another well-known example is WordPress, which is offered by its developers (Automattic) on an open source basis, with a commercial cloud-hosted version at WordPress.com supported by ads and premium upgrades.

Open source software stands in opposition to proprietary or closed-source software, where the developer retains all intellectual property rights to the software, along with the source code. Windows, Microsoft Office, Photoshop and most other commercial apps are examples.

The best tool for the job

Advocates for open source software are certainly a passionate lot when it comes to their software licensing model of choice.

In many areas of the tech industry, there are open source products that are either market leaders, or are at least competitive in terms with features with their proprietary counterparts.

And certainly for many cash-strapped businesses, if finances are tight, choosing an open source option can be quite appealing.

However, there are many hidden costs in business that stem from using the wrong tech tool for the job, including lost productivity, the cost of IT staff for the initial setup and installation, maintenance costs, IT support costs and lost business opportunities.

When these additional costs are factored into account, the product with the lowest upfront costs might not have the lowest total cost of operation.

And the harsh truth for advocates is the open source option is not always the best option in the market, or the best choice for every business.

As the example of Kubuntu shows, an open source product that works well in one situation might not be the best choice for everybody.

So, when it comes to choosing a tech solution for your business, it pays to evaluate a range of options, both proprietary and open source – because being an ideologue with technology can be costly in the long run.