Why Pebble isn’t worried about the Apple Watch 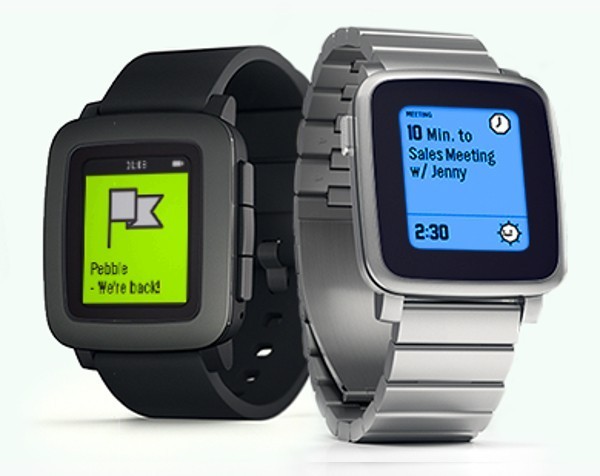 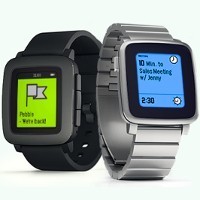 The creators of the first smartwatch at Pebble aren’t worried about Apple’s entry into the market.

Pebble is credited with creating the smartwatch category back in 2012, which it funded through a record-breaking Kickstarter campaign that raised $10.3 million in preorders.

Last year Pebble reached a million sales of its smartwatches and this year it has launched two new smart watch products again funded via Kickstarter.

Speaking to SmartCompany at last week’s SuiteWorld conference in San Jose, Marin Tchakarov, the chief financial officer at Pebble said the entry of Apple into the smartwatch market signalled an “inflection point” where the category has reached the mass market.

“Apple as everybody knows is joining the party and we are looking forward to the journey,” he says.

“I think Apple has a different approach to the user interface and user experience, but they are Apple, and they are bringing the type of awareness and interest in this space and wearables category,” he says.

Tchakarov says people now come up to him pointing at his Pebble watch and ask whether it is the new Apple watch, which initially “mildly annoyed” him.

But now Tchakarov says he’s happy to hear the comments as now people realise the Pebble isn’t just a watch, it’s a smartwatch.

“Now the category is in a whole different spot,” he says.

How Pebble differs to the Apple watch

Tchakarov says Pebble watches are very different to the Apple watch as firstly Pebble is an open platform company.

“Which we believe is what made us so loved by the early adopter community,” Tchakarov says.

“It uses this device the smartphone at the moment to connect to the internet but in the future with the internet of things there will be many devices.  We are very busy trying to develop a platform that works with everything.”

Tchakarov says smartwatches should work with all devices whether they are iPhones or Galaxys.

“Smartwatches is what we do, it’s the only thing we do,” he says.

“We are not interested in imprisoning people behind the tall walls of operating systems from which they can’t escape.”

“We believe wearables should have extendable battery life and not get in the cycle of being charged every night,” Tchakarov says.

Pebble watches are water resistant so you can swim and work out with them.

The interface doesn’t have a touch screen as Tchakarov says wearable touch screens are constantly accidentally turned on and off.

Instead, the watches are operated through four buttons on the edge of the watch.

Tchakarov says Pebble does not see the smartwatch as replacing the smartphone; instead it works as an ancillary to your phone and other Bluetooth-connected devices.

“To us it’s all about delivering contextually relevant information at the right time and the right place to you the customer,” he says.

“We see the world as being populated by great Internet of Things devices. We want to be the most preferred and loved platform that controls all the devices in our life.”

The future for Pebble

Tchakarov says Pebble is focused on innovation rather than being “iterative”, like some competitors.

“Innovation is discovering problems the world hasn’t discovered that they have,” he says.

“Whether the world realises it or not the world is already fatigued by the level of engagement it has with mobile technology.”

Tchakarov says it’s tiresome to have to pull your phone out of your pocket or purse, activate it and launch apps which are “so 2005, they are like ten years ago.”

The new generation of Pebble products have tiny microphones as Tchakarov says the future lies in speech.

“Speech is how humans communicate so we are extremely frustrated with how we haven’t found as a consistently reliable way to convey how we as humans relate to one another and to the machines in our lives”, he says.

Pebble wants to “shrink the level of engagement, down to a single phrase expressing precisely what [you] need,” he says.

Returning to crowdfunding as an established business

Crowdfunding a business is traditionally seen as the domain of a bootstrapped startup, but Tchakarov says Pebble turned to Kickstarter again for its new generation of products to support its initial backers.

“It’s all been about the consumer and the community and that early community that backed us up we are extremely thankful to those folks,” he says.

He admits the campaign helped with marketing in the lead-up to the launch of the Apple watch.

“This time around it wasn’t what I would call the typical Kickstarter bootstrapped funding to get off the ground,” he says.

“We are a more mature company with bigger sales volumes so it wasn’t really about the funding as much as it was about going back and saying thank you.”

Advice for businesses looking to crowdfund

Tchakarov recommends businesses interested in crowdfunding stay focused on the problems they are trying to solve.

“Have an unwavering focus on that and evolve,” he says.

“The world appreciates hearing about a problem it doesn’t know it has.  That is one of the pivotal reasons as to why we have such a large community on Kickstarter.”

Pebble is stocked exclusively by Dick Smith in Australia but Tchakarov says this is set to change.

“We are very actively exploring a number of other retail outlets in Australia,” he says.

“We think it is an amazing market for us to grow in. We love the culture and we love the opportunity.”

Cara Waters attended SuiteWorld in San Jose as a guest of NetSuite.