Why Steve Jobs would hate today’s Silicon Valley: Best of the Web 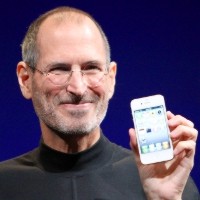 But if Jobs were still alive, what would he make of the tech leaders and startups seeking to follow his example?

In a controversial article for Venture Beat, Rod Bauer argues that Jobs would be far from pleased with many of his imitators:

I first met Steve in a humanities seminar at Reed College. We were discussing the Parthenon frieze, and Steve told me my opinion was full of shit. This seventeen-year-old with the shock of scruffy hair, who looked like he had been sleeping on a couch (which he probably was), told me that if I wanted to understand art, I needed to get out in the world. He was shaming me to reject received ideas and to think for myself, and he seemed willing to kick my ass to get me to do it.

Bauer lists four common examples of how those claiming to follow Jobs’ lead get his methodology badly wrong.

Why Android apps on Windows Phone would be a bad idea

Recently, there’s been some speculation that Microsoft might be looking to add the capability of running Android apps to Windows Phone smartphones.

While the process might allow loyal Nokia/Lumia owners a greater selection of apps, Peter Bright from Ars Technica explains why it might end up being very bad idea in the long run:

We’ve arguably seen this in practice already—on BlackBerry 10. BlackBerry 10 supports (some) Android apps, and while it’s hard to be certain, it seems that this facility (combined, no doubt, with BlackBerry 10’s minuscule market share) has stifled the development of BlackBerry-native applications. There are signs that BlackBerry has largely given up the fight, with the news earlier this week that it has adopted Amazon’s Android app store on BlackBerry. This more than doubles the number of apps available for the platform but essentially concedes that developers are unwilling to write native apps for BlackBerry 10.

In recent times, Google has expanded into a range of new product categories.

At the Google I/O developer conference, the tech giant revealed how it hopes its technology will power everything from smoke alarms and laptops to cars, TVs and your watches.

According to Jason Del Rey of ReCode, there might be another big growth market it’s currently looking at: online shopping.

Del Rey explains Amazon’s dominance of the category could pose a serious long-term threat to the tech giant:

Google is the undisputed king of search in all but one lucrative and vital category: Product searches.

Over the past decade, Amazon has transformed itself from a seller of books online to the place Americans turn to when they want to search and buy just about anything — from diapers to flat-screen TVs. In some cities, Amazon has started delivering fresh groceries. With each product search that starts on Amazon instead of Google, the search giant’s main business of selling ads alongside search results weakens.

Over at Fast Company, Rebecca Greenfield takes a look at a new co-working space opening in the San Francisco Bay Area.

This, in and of itself, would be far from newsworthy, except for one essential feature: the new co-working space is to be exclusively for women,  in a bid to correct the tech industry’s notorious gender imbalance.

Like many area hacker spaces, Double Union offers a place for people to use and learn technical skills, charging a sliding scale fee between $10 and $50 a month. What differentiates DU from the dozen or so other Bay Area hacker spaces is that it exists specifically and exclusively for people who identify as both women and feminists. (That includes trans women. “Not all women have uteri, or xx chromosomes,” reads the DU website.) Double Union wants to provide a safe place for women to try things—and potentially fail—and then dust themselves off and try again, no judgment.

Finally, to another form of widespread discrimination and a different approach to dealing with it.

Ageism – the discrimination against people on the grounds of their age – has long been rife in the tech industry.

Now, according to Rachel Swan in SF Weekly, Twitter is facing a lawsuit over the matter:

In a lawsuit filed last week in San Francisco, former Twitter employee Peter H. Taylor is charging the company with wrongful termination, claiming a “substantially younger” supervisor made derogatory comments about his age.

Taylor, who is 57, says he was canned without notice despite performing his duties in “an exemplary manner.” Twitter duly replaced him with several employees in their 20s and 30s, according to the complaint.