Why the owners of The Onion are laughing all the way to the bank: Best of the Web 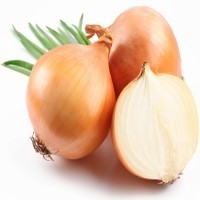 If you’ve spent any length of time on social media, you’ve probably come across a link to an article on the satirical “news” site The Onion on your Facebook or Twitter feed.

According to Chris Heller in The Atlantic, the pioneering satirical news site has now grown into the sort of media empire its articles often lampoon, and its owners are laughing – all the way to the bank:

The Onion, as anyone who reads it will tell you, mines humor out of media trends. In recent years, though, the company has turned that formula on its head to finance itself. As the site lampooned sponsored content with a characteristically sharp eye, its corporate overseer, Onion Inc., set in motion a plan to beat media companies at the same game. With a strategy that seems meta even by satirical standards, The Onion’s BuzzFeed doppleganger, ClickHole, has become a force on the social web in its own right: The Onion set out to lampoon stories designed to be shared on Facebook by successfully making stories that people want to share. Now, The Onion is not just a comedy website. Onion Inc. cannot be described, simply, as a publisher. It has been transformed into a bonafide digital media company—with a profitable, in-house advertising agency in tow—that wants to succeed where the targets of its barbs have not.

Within the next year, the company plans to spin off several new websites, launch a studio to develop films and TV shows, and possibly, raise money from new investors. “We want to be one of the few new media companies that’s able to figure out these changes that are taking place,” Mike McAvoy, the president and chief operating officer of Onion Inc., told me.

Is advertising for ‘digital natives’ a type of age discrimination?

As any recruiter will tell you, discrimination is a big legal no-no when you’re trying to fill a new position.

In the US, and especially in the tech industry, a growing number of companies have taken to skirting around age discrimination laws by advertising for “digital natives”. However, as Fortune’s Vivian Giang explains, there are risks associated with using the term:

Employers no longer list “new grad” as a requirement in ads, but instead, employers are recruiting for “digital natives.” Here’s why that may be a problem.

Since the 1990s dotcom boom, many employers have openly sought to hire young, tech savvy talent, believing that was necessary to succeed in the new digital economy. At the same time, age discrimination complaints have spiraled upward, according to the Equal Employment Opportunity Commission (EEOC), with 15,785 claims filed in 1997 compared to 20,588 filed in 2014. Out of the 121 charges filed last year by the EEOC for alleged discriminatory advertising, 111 of them claimed the job postings discriminated against older applicants.

The world over, national, state and local governments aspire to create the next Silicon Valley. On BackChannel, Leslie Berlin lays out the secret of the Bay Area’s success as a tech hub.

It turns out the answer lies in something Steve Jobs knew intuitively – that the success of Silicon Valley can be discovered by understanding its past.

“You can’t really understand what is going on now without understanding what came before.”

Steve Jobs is explaining why, as a young man, he spent so much time with the Silicon Valley entrepreneurs a generation older, men like Robert Noyce, Andy Grove, and Regis McKenna.

It’s a beautiful Saturday morning in May, 2003, and I’m sitting next to Jobs on his living room sofa, interviewing him for a book I’m writing. I ask him to tell me more about why he wanted, as he put it, “to smell that second wonderful era of the valley, the semiconductor companies leading into the computer.” Why, I want to know, is it not enough to stand on the shoulders of giants? Why does he want to pick their brains?

Did Elon Musk just cause a meltdown of the nuclear power industry?

When it comes to debates over low-emissions alternatives to coal power plants, nuclear power has often been cited as a somewhat controversial option. The argument from its advocates is that unlike solar power, which doesn’t work when the sun is shining, uranium can supply the world with reliable energy 24/7.

In the past week, Tesla chief executive Elon Musk unveiled a new battery, called the Powerwall, which can power a whole house for several hours. Applications of the device include acting as a large uninterruptable power supply for a whole house or as a replacement to a generator. However, it can also store several hours of solar power for night-time use.

As Jeff McMahon argues in Forbes, it could mark the beginning of the end for the nuclear industry:

It would be almost three hours until Tesla’s big announcement, but inside a Northwestern University classroom near Chicago Thursday night, the famed nuclear critic Arnie Gundersen had the inside scoop:

Tesla Motors CEO Elon Musk was about to announce an industrial-scale battery, Gundersen said, that would cost about 2¢ per kilowatt hour to use, putting the final nail in the coffin of nuclear power.

Thus Tesla’s big news broke first not amongst the throng of reporters gathered under swirling colored lights at the carmaker’s Los Angeles press conference, but in the middle of a debate on the future of nuclear power sponsored by students agitating for a “Fossil Free NU.” It was Gundersen vs. Jordi Roglans-Ribas, the director of the Nuclear Engineering Division of Argonne National Laboratory.