Why webinars have missed the mark with SMEs 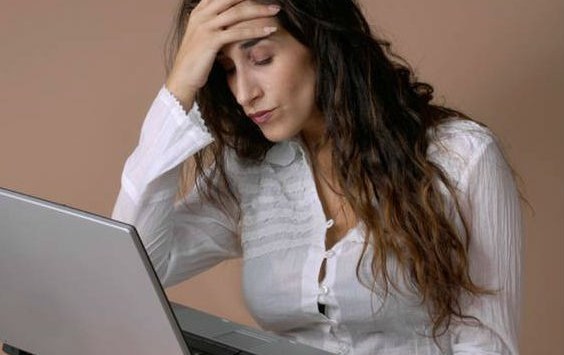 It must be ten years now since I came across the then newfangled thing called ‘webinars’.

As the name suggested, webinars were online seminars that could allow you to present your topic to a global audience while still allowing them to participate by either ‘hooking’ them into your webinar in real-time or by a nifty chat interface.

It also allowed capabilities like live polls and pre-webinar questionnaires to provide even greater capabilities than were possible with live seminars.

If like most Australians you’ve ever been stung by the tyranny of distance, this was your answer.

A global audience at your fingertips

Now you could spread your respective love anywhere in the world that had a reasonably fat internet connection.

And your audience could sit in their pyjamas or whatever they liked and tune in from the comfort of their study or office.

It they couldn’t join you at webinar time, you could record it and make it available as a ‘video on demand’ file for viewing later.

And it was relatively cheap to create and broadcast.

What wasn’t to love?

So amazed was I about this new capability that I promptly abandoned my hitherto successful live seminar series in preference to this sensational new way of presenting subject matter.

Instead of traipsing about the countryside at all hours with my AV gear in tow, I could simply sit at my desk and facilitate a hopefully riveting and informative presentation.

Only problem was, nobody came.

Yes despite me making it as easy as possible for my followers anywhere to tap into the wisdom of my guests and I, I couldn’t attract enough people to make it worth our trouble – even though it would yield a valuable video as a result – which could attract far more viewers than was possible in ‘real-time’.

As it turned out, plenty.

Timing is still everything

Probably the most fundamental mistake I made was assuming the SME audience I was targeting was ready and willing to participate in webinars.

Sure webinars were a genuine game-changer when it came to presentation, education and training, but convincing a technology-overwhelmed SME audience was another matter.

The reality is, no matter how game-changing, revolutionary or paradigm-shifting a technology development is, SME operators will still take forever to buy into it.

Websites are already a prime example of this.  Never has there been a more affordable way to promote your business to a wider audience than websites.  Not to mention the time saving of having your prospects find out more about you online instead of chewing up your valuable time.

Yet even up until just a few years ago, a full 20 years after the World Wide Web achieved critical mass, up to 40% of Australia’s SMEs still didn’t have a website.

Whilst most who grasped their capabilities scrambled to get their websites online, the vast majority sat back, cooled their heels and told the web world to ‘prove it’.  And some still are.

The problem is two-fold.

First, SME operators are hopelessly time-poor.  As if doing what they do best is not time consuming enough, there is the various sales, marketing, administration, finance, compliance, business development and other IT requirements that need to be done or at least co-ordinated and supervised.

Second, a sad reality is that our SMEs are technological laggards and even techophobes.  While much of this is due to the problem outlined above, SME operators will often go out of their way to avoid understanding and embracing new technology.

Having observed it for some years, I feel that much of it is due to the SME owner not wanting to relinquish the credibility of being a boss as much new technology makes them look relatively incompetent.

I’ve seen SME bosses nearly do cartwheels in an attempt to reverse out of a conversation regarding technology.  The fear is palpable.

Calling them ‘webinars’ hasn’t helped.  If you want to engage SME operators, Keep It Simple Stupid.  Just call it an online seminar and avoid yet another newfangled term they need to get their heads around.

But slowly and warily SME operators are coming around.  Channels like YouTube allow them to play and learn in their own time as they discover there’s more to it than their favourite movies and TV shows.

Once they see a recorded webinar on YouTube, they start to grasp the value of participating in that in real-time and actually getting to ‘speak’ with the presenter.

As for me, maybe this year is a far better time to offer my content via webinar instead of back when it really interested only those at the cutting edge.

So give the people what they want, when they are ready to receive it.