Why you need to build change into your business: Zach Nelson 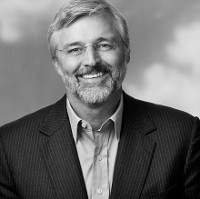 In order for your business to survive you need to build change into your business, according to Zach Nelson, chief executive of cloud software business NetSuite.

Nelson was speaking at the SuiteWorld conference today in San Jose where SmartCompany also interviewed him.

Nelson says we are now at “the end of the beginning” with disruption all around us.

“The question about whether the cloud is going to happen or not is over, the cloud has won,” he says.

“In your businesses you are all cloud businesses now. How do you enable your business to take advantage of this ubiquitous network, how do you interact with your customers, this is a fact of life. Some changes become fact,” he says.

Nelson says although NetSuite has made its name as a cloud business it is changing, as are businesses using NetSuite.

“One of the key hallmarks of NetSuite and one of the things that is most important in your use of NetSuite is that we built change into this system.”

“The flexibility we built into the system is the key piece of functionality that you are going to need to survive and thrive in the new world.”

Nelson’s advice to entrepreneurs and SMEs is to make a commitment to change.

“That’s the magic of running a business, how do you change your company?” he says.

Small businesses are not necessarily nimble and Nelson says some small startups are already ingrained in their ways.

He says the speed of change and disruption is happening faster and faster.

Nelson says the major change that businesses need to be alert to is aggregation.

“The power of aggregation is really the power of cloud-based offering and it is something you will have to put into your business model,” he says.

“NetSuite has the power of aggregating all of your data, all of your core business data across industry, whether you are a retailer, distributor, software company or government,” he says.

“Our job should be to tell you what is coming next, what your cohorts are doing next… so that we can give you a view to the future.”

Nelson says the next disruption coming to every industry and across industry is the omni disruption – in two forms, omni channel and omni business model.

“[With] Omni channel, you have to recognise your customers wherever they are, they expect that,” he says.

“The internet of me is real.

Nelson says the omni business model is not just about retailers, it’s about all businesses.

“Customers expect a unified experience no matter where they hit you whether web, mobile, in-store,” he says.

Nelson cites Apple as the prime example of an omni channel business.

“All of us had gone to an Apple store and seen the magic of Apple is ‘Hey they recognise me online and they recognize me in store’,” he says.