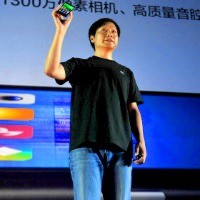 Emerging Chinese consumer electronics giant Xiaomi (pronounced she-yow-mee) has overtaken Apple as the second most popular smartphone brand in China and is on the verge of overtaking Samsung, according to Kantar Worldpanel figures.

The figures examined smartphone sales in urban China between January and May, finding Xiaomi has now managed to capture 21% of the market.

Of Xiaomi owners, less than 5% switched from Apple, with 21% switching from one of the other Chinese smartphone makers, 17% switching from Samsung, and 18% from Nokia, now the Lumia division of Microsoft.

The figures come amid growing speculation, published in BusinessWeek and elsewhere, that Xiaomi is preparing for international expansion.

If the figures are accurate, they represent a rapid rise for the company, which launched in 2010 and shipped its first smartphones in 2011. In August of last year, it gained headlines for poaching Google’s vice president of product management, Hugo Barra.

Xiaomi has often been criticised as being an Apple imitator due to chief executive Lei Jun’s preference for black mock turtleneck tops and jeans, along with the company using an iOS-style user interface, called MIUI, on top of Android.