Online journalism and Yahoo! A mobile news service is a bold move 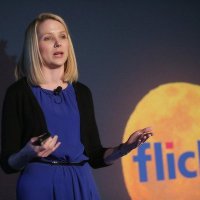 Yahoo’s new business model appears to be taking shape, following the surprise announcement that the NASDAQ-listed search and mobile App tech-giant has employed a group of well-known and high-profile journalists and editors to staff its own news portal.

For Yahoo, it is a move into quality mobile content with a news focus, in an attempt to win the mobile advertising market. The question is: will it work?

The key hire is the award-winning and sometimes controversial Katie Couric, who will leave her prime time role at the American ABC network to join Yahoo.

According to Yahoo, Couric will be its “global anchor”, hosting a monthly interview program on the portal and across several mobile applications.

But why would a second-ranked search engine and internet portal want to buy into news and serious journalism at a time when the industry appears to be tanking financially?

The investment in Katie Couric and senior reporters from The New York Times signals that Yahoo wants to move into Web TV and mobile video content in an effort to take on the the giants of American network and cable television, and perhaps even Netflix, which is rumoured to also be looking at an Australian launch next year.

In recent months Yahoo, which is valued at around US$35 billion, has made a series of takeovers, mainly of internet start-ups like the micro-blogging site Tumblr.

But analysts think that it is still figuring out how to turn a profit from these acquisitions. Tellingly, Yahoo’s share of online advertising (about 7%) is still behind Facebook (8%).

Recruiting Couric to be the new face of Yahoo’s news operation is a signature move by relatively new CEO Marissa Mayer. It is a calculated – though risky and expensive – play to get a stock market bounce for the company and attract eyeballs to the mobile platforms, which in turn should attract advertisers.

In recent statements Mayer has said the company’s future is in mobile delivery.

However, mobile is on “the right path” to be on according to Mayer, rather than an instant boost to advertising revenues. Digital plays take a while to turn from money sinks into profit centres. Tech company analysts tend to agree that the asking price for online and mobile advertising will remain low, even though the number of eyeballs is steadily increasing.