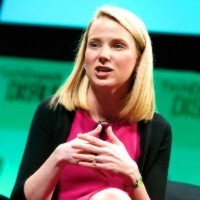 Yahoo! has closed a number of legacy services and its chief executive, Marissa Mayer, has issued a statement to investors after investment firm Starboard Value urged the company to merge with Aol, which owns Engadget, TechCrunch and Huffington Post.

The Wall Street Journal reports Starboard Value sent a letter to Mayer urging the company to cut costs, explore a merger with Aol and detail plans for its Asian assets, such as its major stake in the recently listed Chinese e-commerce site Alibaba.

In response, Mayer issued a statement acknowledging the letter, but stating the company would “continue to leverage our portfolio of world-class products which include Yahoo Search, Mail, News, Sports, Flickr, Tumblr, and advertising solutions”.

“The company remains focused on creating shareholder value through its world-class internet assets, its highly successful investments in leading global internet companies and the increasing traction in transforming Yahoo into a mobile-first company,” she said.

Following the statement, the company announced it will shut down three services, including Yahoo Education, its web directory, and Qwiki, an online video platform the company purchased for $US50 million ($57 million) in July 2013.

The site closures are part of an ongoing project to streamline the company’s operations, which began in March with the discontinuation of its BlackBerry app, as well as other services such as its Avatars, App Search and Sports IQ services.