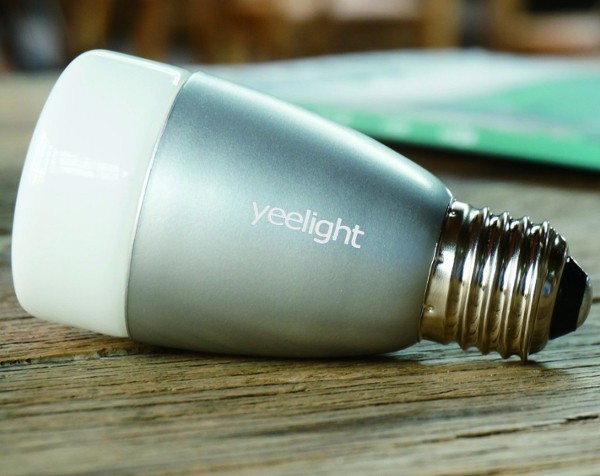 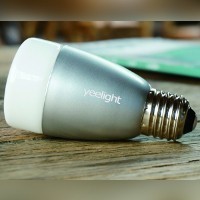 Among the everyday appliances set to be transformed by the smart home revolution is the humble light globe, an appliance that has changed little since the days of Thomas Edison.

Forget about just lighting up a room. These new generation globes include a range of features that can be controlled from your smartphone or tablet, including the ability to switch between millions of colours, flick between colours disco-style or light up automatically at different times of the day.

One of the competitors in this emerging marketplace is Yeelight, which is a company backed in part by emerging Chinese consumer electronics giant Xiaomi. Its Yeelight Blue II Smart LED bulbs are imported into Australia by PCRange.

At $59.95, Yeelight Blue 2 Smart LED bulbs certainly cost more than conventional compact fluorescent lights – but are they good value for money? It’s time to find out.

Yeelight Blue 2 Smart LED bulbs are controlled through an app available through the Apple App Store and Google Play store, which requires a Bluetooth-capable smartphone or tablet running at least iOS 7 or Android 4.3.

The bulbs have an expected lifespan of more than 20,000 hours, compared to around 6000-15,000 hours for traditional compact fluorescent lamp globes.

The Yeelight also has a colour temperature of between 1700k-6500k, operates at 6 watts of power when in use and less than 0.3 watts in standby, and is available with either an Edison screw or Bayonet connector.

PCRange warns that they should not be used outdoors or in closed spaces.

The first thing about the Yeelight, compared to other smart lighting systems, is it can be plugged into any conventional light socket. You don’t need to get an electrician to install a controller or any other specialised equipment.

You will also need to download the companion app, which is available from the Apple App Store or Google Play.

Unfortunately, for those of you clinging valiantly to that old Galaxy S2, you will need a recent smartphone capable of running iOS7 or Android 4.3. Likewise, there’s no version of the app for Windows, meaning you can’t control it from a PC, Surface tablet or Lumia smartphone.

The other issue is the app controls the light over Bluetooth, and on some smartphones, using Bluetooth can be a battery drain.

The good news, if your device is capable, is the app is quite intuitive and easy to use.

Aside from adjusting the lightness of your globe on a scale of one to 100, you can change it to one of 16 million colours, set it to cycle between different colours and set the speed at which it cycles through colours. You can also set up a timer that will have the light switch on and off automatically, or between different settings at different times of the day.

There are also a few more advanced features, including having the light switch automatically between colours chosen from a photograph in your photo album, and changing colour in time with a song.

The only small issue I had with the Yeelight is it’s designed to be switched on and off from the smartphone. If you use the regular light switch, it can take a fraction of a second to light up – just enough to subconsciously think “hey the light’s blown”. This is not a big inconvenience, but it is noticeable. The alternative to using the switch is to fumble around for your phone every time you want to switch a light off, which can be annoying.

In business there are clear cases, such as retail displays and shop windows where the desire is to light a product in a particular colour, where a couple of Yeelights would be a far more practical and user-friendly solution than many more expensive lighting systems.

Likewise for venues such as cafes or restaurants, this is, again, a relatively inexpensive and user-friendly way to get mood lighting without a great deal of cost or expertise.

On the other hand, if the humble old compact fluorescent light is good enough for your purposes and cost is an issue, there is probably no functionality that will persuade you a smart light is a bright idea. However, where the extra cost is not an issue (and keep in mind, given the life span and energy use, the total lifetime costs are not significantly more than a conventional compact fluorescent light) why opt for the extra functionality?

This review is based on a test unit borrowed from PCRange.