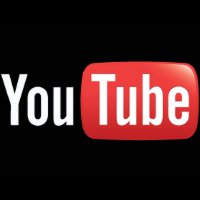 Google has officially announced a range of new features for its YouTube video sharing service, including crowdfunding for videos, an extended audio library and videos at a resolution of 60 frames per second.

A key feature is called YouTube Fan Funding, which allows users to donate money to support their favourite channels through either the desktop or Android. Google claims the new feature is intended to be “another option” for funding videos alongside crowdfunding sites such as Kickstarter, Indiegogo and Patreon.  Australia, along with the USA, Mexico and Japan, is one of the few countries to be offered a limited number of places in the trial.

Google is also rolling out a new app called YouTube Creator Studio for iOS and Android, which allows users to see analytics and manage their videos from their smartphones and tablets.

Aside from stock music beds, YouTube is opening up thousands of royalty-free sound effects for video creators to use for free.

Another key new feature is called Creator Credits, which will allow shout-outs to contributors in video descriptions to link directly to their channels, as well as the ability to search for a collaborator based on location and interests.

Other new features being rolled out are the introduction of fan-contributed subtitles, as well as new “information cards”, replacing annotations, which users will be able to program once and will work on desktops, smartphones and tablets.