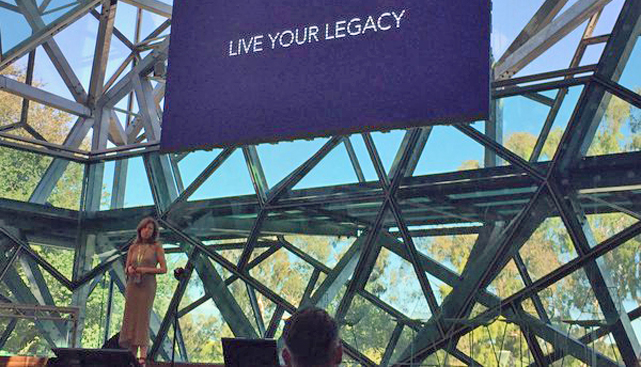 Startup founders should stop and think about their legacy to help them create ventures that have a greater purpose, Silicon Valley entrepreneur Monica Laurence says.

Speaking at the Pause Fest creative-tech conference, the Turtle Talks creator said that legacy is not just something you leave behind.

Instead, legacy is what is lived today in the choices made, the meetings held and the projects one decides to work on, Laurence said.

Among the chaos of launching a new startup, raising capital, creating disruptive technology and becoming a successful entrepreneur, founders don’t often stop to reflect on legacy.

Following her talk, Laurence tells StartupSmart that legacy played an important role in driving her toward her latest venture Turtle Talks, a web series to accelerate positive change.

“They’re global conversations to imagine a better world,” she says.

“I wanted to use media in a way that would be purpose driven,” she says.

Laurence has an extensive background in technology and programming, which she combined with studies in entertainment before working for Disney, Lucas Film’s Skywalker Ranch and tech startups.

“The capacity for media and storytelling to really touch people in an emotional and deep way is a very powerful mechanism for influencing positive change,” she says.

Laurence says that legacy is about being aware of the many opportunities on offer.

“It’s how you envision your world and show up in it,” she says.

She says the first thing to think about when working on a venture is whether you really care about what you’re building as well as its impact and outcome for others.

Vision is vital for this, she says.

“You only achieve a future if you can first imagine it,” Laurence says.

As a startup founder, Laurence says you should feel like you are the one to really make a difference in the area you are working in.

“It has to be something that you feel called to,” she says.

If this isn’t very clear yet, Laurence says it’s important to step back and watch what you’re drawn to, what interests you and what makes you laugh.

“You will discover what it is that you’re naturally suited to,” she says.

With entrepreneurs generally being very good at perseverance and persistence, Laurence says it’s important to pause sometimes and consider why a door has closed.

Familiar with the pitfalls of startup ventures, Laurence says she has developed a sense of humor about these things.

“Plans are created so they can be changed,” she says.

It’s fantastic to have a plan on getting from A to B but don’t fret at change, she says.

“Just being open to any path that gets you to the vision can often get you to the end goal faster than the plan that just seems so logical at the outset,” Laurence says.