Five things you have to do before approaching investors 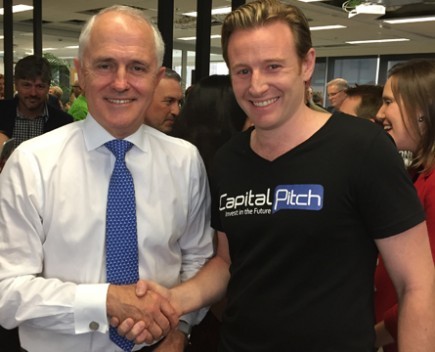 Capital investment in Australia is bewildering and there are five critical steps that founders need to take before even approaching investors, CapitalPitch CEO Jeremy Liddle says.

The Sydney accelerator and equity raiser recently raised its own seed round of $600,000, and Liddle says the investor appetite is sometimes hard to predict.

“I’ve experienced both being Australia’s fastest growing small business and failing to raise a Series A in the same company, which was crazy,” Liddle tells StartupSmart.

Liddle finds the Australian market “lacklustre” with 99% of applications for early-stage venture capital failing to get funding, according to a report by the Department of Industry.

Liddle has spent more than a decade discovering how and why accessing capital is the biggest problem for startups.

“If we want to create new industries and jobs in this century, we need to solve this problem,” he says.

“Once you’ve got all of those steps done, then you go out to market and capital raising actually becomes relatively easy,” he says.

1. Get a realistic valuation

Liddle says the “number one killer” for founders is not having a good capital raising strategy based on an accurate valuation of their startup.

“They’ve gone and read TechCrunch or UK media where the valuations are massively inflated compared to Australia,” he says.

“They don’t know how much a realistic amount for their market.”

Startups need to go beyond a simple 11-slide deck when pitching to investors, Liddle says.

He recommends a comprehensive 20-slide deck that provides sufficient information including full due diligence, executive summary and pitch video.

“All of that information puts you way ahead of the rest of the game,” he says.

3. Find an expert to review your strategy

Instead of waiting to get feedback from an investor when they are denying you funding, Liddle says startups should equip themselves with expert advice in advance so they can formulate a communication approach that shows investors their strategy is world-class.

“Smart startups make sure that by the time they’re in front of investors, all the T’s are crossed and I’s are dotted,” he says.

Because finding correct advice is a challenge in itself, Liddle recommends advisers who are serial founders or professionals that raise capital for a living.

“There’s a lot of ‘advisers’ kicking around that either don’t have startup experience or do have experience raising capital and charge ridiculous fees,” he says.

Liddle says some startups can pay as much as $60,000 upfront without any results.

“[At CapitalPitch] we have a network of advisers as part of our system that we introduce the startups to at the right time,” he says.

At CapitalPitch they have a 70-point checklist to help startups build due diligence.

As investors can ask questions on any of these points, Liddle says founders should have the information readily available so they can respond on the details.

“We teach startups how to build a data room which has everything so when investors ask, you just open [it],” he says.

5. Learn how to nurture leading investors

“Learn how to identify and nurture really amazing lead investors that have credibility,” he says.

Leading investors are people that have built companies, are cashed up and renowned in the industry, he says.

“When other investors see that they are involved, they just want to follow because they’d love the opportunity to co-invest in a start-up with someone like that,” Liddle says.

A seed funding round

CapitalPitch’s recently closed seed funding round is the largest amount it has ever raised.

With the money, Liddle is aiming to help 20 startups raise an average of $1 million each through its new graduate program CapitalPitch Ventures.

Liddle says the money means they can bring on former Gust software engineer from New York to be their chief technology officer and help them make CapitalPitch’s platform world-class.

They can also now launch into more active marketing across the country.

“We’d like to see every startup in Australia be a free member on our platform and use the free tools that we have,” he says.

CapitalPitch currently has 920 startups with six set to raise within the first half of the year.

“We have helped six of our companies raise $11 million,” Liddle says.

“So we’ve raised quite a bit of money for other companies but we are taking the appropriate strategy to raise the right amount at the right stage for ourselves.”