From Slumdog to Silicon Valley, how this business coach found the mentors and motivation to defy disadvantage 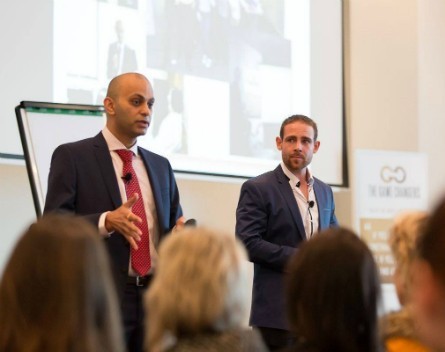 A former Silicon Valley business coach says his mentors and inner drive to succeed propelled him from a poverty-stricken upbringing in Mumbai to a successful career in the startup capital of the world.

Now focusing on his startup in Melbourne, Thaker provides coaching and consulting services to entrepreneurs and SME owners.

“We bridge the gap [between] their inner vision and how they want to express it externally,” Thaker tells StartupSmart.

Thaker says working in Silicon Valley is unlike any other locale in the world.

“You’re at the epicentre of creating the news and waves worldwide where minimum funding starts at about $US10 or $US15 million plus,” he says.

The importance of mentors

His journey began in the outskirts of Mumbai where he embarked on a gruelling journey to achieve success.

“My only ticket out of that was education,” he says.

The area he grew up in resembled the depictions of poverty in Slumdog Millionaire and Thaker says the most difficult thing about his upbringing was the access to resources.

“On one side you have a deep drive to grow, succeed and be the best at what you do and on the other hand the resources that were available were extremely limited,” he says.

Despite this, Thaker laboured over his studies to achieve the marks needed to advance through school.

He says one of the biggest blessings he has received in life has been finding people willing to support his development and education.

“I’ve always found some amazing mentors and people who have taken care of my education needs,” he says.

As a high-achieving student, one of Thaker’s earliest mentors paid his way through four years of engineering school.

Thaker was then offered a scholarship in wireless communications at the University of Kansas.

Thaker says when looking for mentors, it’s important to look for much more senior people who most importantly get who you are.

He says a mentor should understand your personality and how you can naturally leverage that.

“That match is absolutely critical,” he says.

He also says mentors should consider the ecosystem you grew up in and what you learned about money, wealth, growth and success.

Getting the most out of mentoring

Thaker encourages entrepreneurs to interact with mentors rather than passively receive information.

Don’t be afraid to question the advice offered to you and think about why it has been offered, he says.

“The more you have an interaction, the more it allows the mentor to dig deep down and bring out their best as well,” Thaker says.